The hunt days start early at Rader Lodge, with a hearty country breakfast and World Famous hospitality.  Next, it's off to the Pheasant fields for an exciting day of chasing roosters. You'll find our hard working guides and dogs professional and fun to hunt with. Your group will return to the lodge midday for a hearty lunch and then back out to the field to fill limits.  Evenings are all about relaxation, stories of the day's hunt and maybe a cocktail after a delicious meal.
Our goal is to make this a hunt of a lifetime! 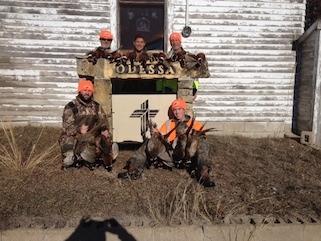 Our grasslands have necessitated switching to a pointer dog for our hunts.  We are now using German Shorthair Pointers to accommodate older hunters as well as young hunters. It is difficult to see your pointing dog, so we recommend the use of beeper collars for your pointing breed.

Kansas Prairie Chicken Hunts: Our Prairie Chicken hunts are quick, easy, and don't require much of an investment. We scout out the feed fields that the chickens are using and set up for a pass shoot. They are fast, so practice a lot!

We can arrange your hunt to suit your style of hunting, can accommodate pheasant hunts from single hunters to groups of 60 and can also arrange for do-it-yourself hunts on our leased areas with no guide. 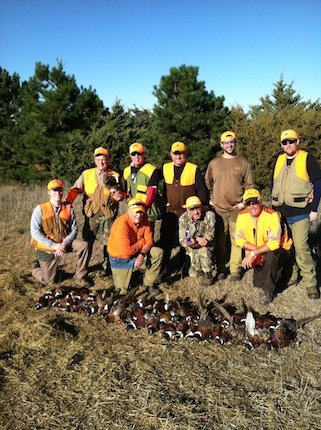 For folks that would like to start hunting on September 1st, we have developed a liberated bird farm. We have designated a large tract of land as a controlled shooting area. Besides a good population of wild birds, we have liberated thousands of pheasants throughout the summer and fall. Imagine two and three hundred bird flushes at a time!

Bird Limit: We have a four bird limit (yes, you can shoot Roosters and Hens! If it fly's, it dies!) at the rates quoted and extra birds can be taken at an additional charge.  Duck hunting and fishing are also available at no additional charge. Click here for season dates and limits.

Combo Hunting & Fishing: It's pheasant hunting at first light for a quick limit, then off to the Dove field, followed by lunch at the lodge, a nap, then off for an evening of exciting White Bass fishing or a limit finishing Dove hunt (while the Doves are still around). Later in October it's Pheasants in the morning with fishing for White Bass, Walleye and Catfish in the afternoons.

A traditional Kansas pheasant hunt during the regular hunting season on over 20,000 acres of grasslands.

Regular Pheasant Season Dates - Second Saturday of November until the end of January. 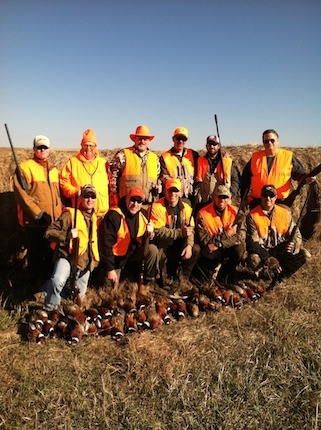 Number in the hunting party and all inclusive: 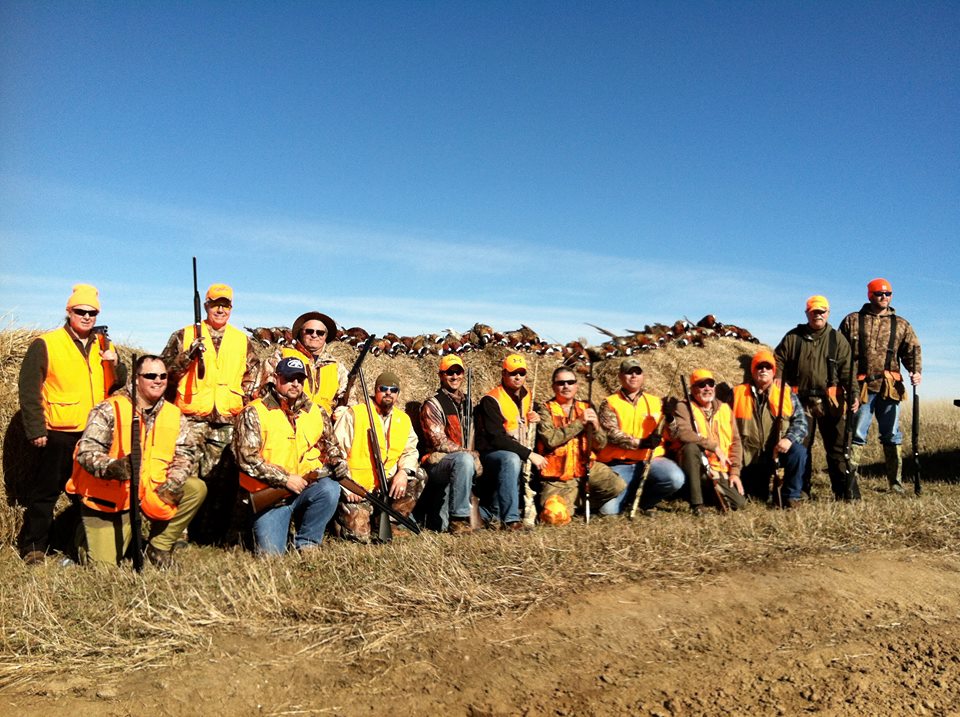 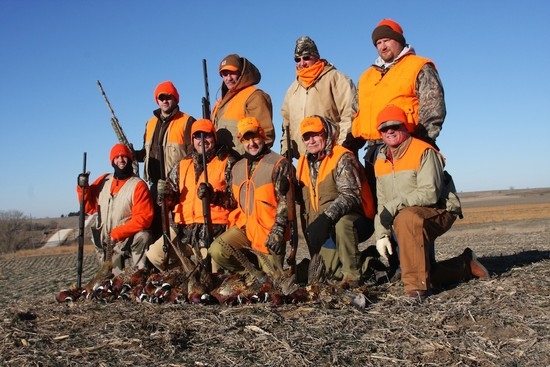 All of our guided pheasant hunts include meals and bird cleaning. We offer a variety of lodging options equipped with satellite T.V. as well as wireless internet. 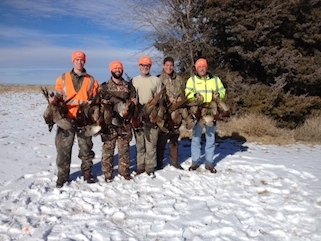 Seen enough? Call us at 785-545-3476 or fill out out our contact form to request a call back. Our availability fills up quickly, so make sure you call or to reserve your spot for the next pheasant hunting season to ensure your preferred hunting dates.